Even though ‘El Pantera’ did not test positive for any banned substance, he was handed the suspension by USADA for being in violation of the anti-doping policy. Yair Rodriguez committed three Wherabouts Failures during a period of 12 months.

As a member of the UFC-Registered Testing Pool, Yair Rodriguez is expected to respond to no-notice sample collections for the out-of-competition testing program. As per the statement released by USADA, Rodriguez failed to file his location on the USADA app or show up for the testing at locations provided by the agency on three different occasions.

The act was in violation of the UFC Anti-Doping Policy and led to a six-month suspension for Yair Rodriguez:

“Like all UFC athletes, Rodriguez, 28, is a member of the UFC Registered Testing Pool and is therefore subject to certain Whereabouts responsibilities, which allow him to be located for testing. Accurate Whereabouts information is a crucial component of an effective out-of-competition testing program because it enables anti-doping organizations to conduct no-notice sample collections, which helps maintain effective doping deterrence and detection,” the statement from USADA said.

However, Yair Rodriguez was deemed eligible for sentence reduction as ‘his conduct did not raise suspicions that he was trying to avoid being available for testing’.

Explaining why he was not available for the testing, Yair Rodriguez called himself a ‘nomad’ during the recent fight week media conference and said that he is bad at answering phones.

Yair Rodriguez says fighters have an app on their phone. Every time they change locations they have to tell USADA.
Calls himself a Nomad. Says he was not being professional, just losing track of updating his location.
3 strikes led to a suspension of 6 months.
#TheMMAHour

Yair Rodriguez says fighters have an app on their phone. Every time they change locations they have to tell USADA. Calls himself a Nomad. Says he was not being professional, just losing track of updating his location.3 strikes led to a suspension of 6 months.#TheMMAHour

However, he has people now to take care of such matters, he assured. 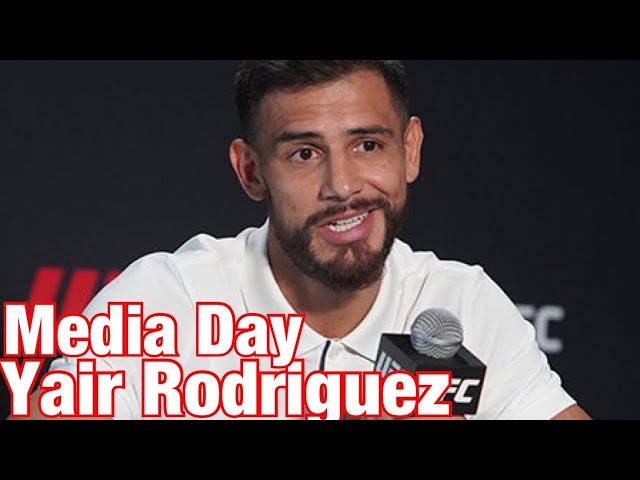 Yair Rodriguez’s supension was made retroactive to September 8, the date on which his third Wherabouts failure was declared. He was eligible to return to the octagon after March 8, 2021.

The only other fighter who has been in violation of Whereabouts since USADA teamed up with the UFC is Nick Diaz. However, since the Stockton native was already away from the octagon, the suspension did not affect his career all that much.

Yair Rodriguez has not fought in the UFC since his October 2019 scrap with Jeremy Stephens. He was being eyed for a future fight with Zabit Magomedsharipov which did not materialize because of the suspension.

Yair Rodriguez is finally back in the octagon this weekend, headlining a UFC Fight Night card against fellow featherweight contender Max Holloway. Rodriguez hopes to become the first fighter to finish ‘Blessed’ in the UFC in the fight.

10 most valuable players in the world

“He can be a little wacky, but he is so good and almost under-appreciated”